Sword of the Spirit: A one-act play based upon the life and letters of John & Mary Brown, by Greg Artzner, Terry Leonino, and Richard Henzel 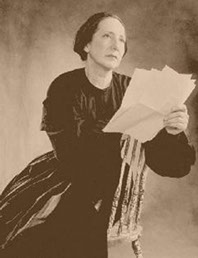 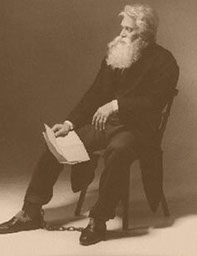 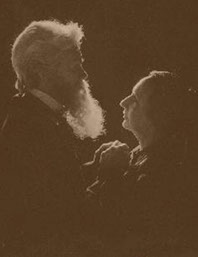 The time is the end of November, 1859. The place is the county jail in Charlestown, Virginia, (today West Virginia), and also the home of abolitionist Lucretia Mott near Philadelphia.

John Brown has spent the last forty days of his life in the jail cell. During this time he has received many visitors, given interviews and composed over one hundred letters to acquaintances, friends, and members of his family, including his wife, Mary. At rise Brown addresses the audience. They are one last "interview" he has agreed to give. He tells them his story, expounding on his life, his beliefs, and what he considers his God-given mission to destroy the evil of slavery.

From another part of the stage Mary writes to him from Lucretia Mott’s home, where she has stopped on her journey to see him one last time. She also addresses the audience directly, telling the story of her life with her famous husband to "Mrs. Mott."

As the play progresses, their stories become intertwined, as husband and wife "converse" across the miles in dialogue based on the letters they wrote each other.

Sword of the Spirit is a singular opportunity for the audience to participate as spectators, as witnesses, to this telling of the story of the famed radical abolitionist, this last session before Brown is taken to the gallows.

Greg Artzner and Terry Leonino, internationally renowned folk musicians for nearly thirty years, have researched the stories of these dedicated and controversial figures in American History for three years, culminating in this moving and compelling work of theatre. Their portrayals of the Browns give audiences an opportunity to see them from a new perspective, not as mythical, fanatical icons, but as human beings, people with human feelings, human strengths and weaknesses, but with absolute dedication to radical, direct action for a cause, a cause which would soon embroil the entire nation in civil war.

Our aim has been to try to cut through the shroud of myth and to generate discussion on the controversy. We have attempted to tell the personal story, the story of John Brown, the human being, his relationship to his wife and hers to him, as well as his relationships to his family, his followers and supporters. We see Brown as a man governed by religious zeal, undoubtedly obsessed with the goal of bringing down slavery, but we don’t see him as "mad" or as a fanatic, but rather as a radical. The play deals with the transformations in his life: from working man, husband and father, to dedicated abolitionist willing to take up the gun, to fighter and leader in the Kansas civil war, to would-be liberator, to martyr. His final transformation left him totally content and composed, viewing his death, his martyrdom, as a vanguard to the cause.

We have also tried to raise some questions about violence. Our national history is rife with violence. In our present day most of us deplore violence and take a lofty moral view of U.S. history as if our nation all along was non-violent. Nothing could be further from the truth, and slavery represented one of the most violent aspects of that history, far more violent than anything Brown ever did. So the question is: when is violence, and further, violent civil disobedience, appropriate? When is a law or a government so wrong and so intransigent that it may be deemed appropriate to resort to it? Which is a greater "immorality" or a greater "evil," pro-active violence aimed at a redress of injustice or silent complicity in the injustice? How do we as a racist society deal with this story and with the legacy of slavery? From our point of view, Brown’s most important and most disquieting legacy is a call to direct action, not to violence. We believe, as people who have had the benefit of the great leaders Gandhi and King, that non-violent direct action is always best. Indeed, as we enter a new century there remain many problems in our society rooted in the negative aspects of our history which still require us to take direct action. We encourage everyone to search their own conscience and find their own way to take that action for the things they believe in. In particular, we encourage people everywhere to become involved in learning and practicing anti-racism, not just what is euphemistically referred to as non-racism. In our opinion, if you’re not part of the solution to racism, you’re part of the problem.

Greg and Terry’s exhaustive research for this play took them to primary sources in the archives of the Library of Congress and Columbia University (the Villard Collection), as well as the library at Harpers Ferry National Historical Park, the Ohio Historical Society, The Hudson Ohio Historical Society, and the West Virginia Division of Culture and History. They referred to the original books on Brown by Webb, Sanborn, and Redpath published in the 19th century, the definitive biography by O.G. Villard, published in 1910, and Stephen Oates’ excellent biography of Brown entitled To Purge This Land with Blood (1970), as well as his more recent collection of pre-Civil War voices, The Approaching Fury (1997). They also traveled to John Brown historical sites: Harpers Ferry, John Brown Farm in North Elba, New York, the places in eastern Kansas where Brown fought in the territorial civil war, Hudson, Akron, and Kent, Ohio, where Brown grew up and lived, and Torrington, Connecticut where he was born.

Read Richard Henzel's review of Sword of the Spirit.